In 2015, Allie Carter, 25, while out hunting waterfowl, was shot at point-blank range by a 12-gauge shotgun. Allie was rushed to a nearby hospital where, thanks to quick first responders and the medical attention she received, was able to avoid a fatal end to this story. Shootings have steadily grown more and more common in this country and have been the basis for much debate as the argument for better gun safety laws grow.

What sets Allie apart from the annual list of people who are injured due to gun violence is that her assailant was none other than her dog. Allie had placed her shotgun on the ground, unknowingly with the safety off, and her dog–a chocolate retriever by the name of “Trigger” (irony notwithstanding)–stood atop the weapon and caused it to go off. At the time, actual research looking into how many people have been shot by their pets found that Trigger was one of 6 since 2010. The total count of people shot by dogs since 2004 was 10.

Which then begs the question: why is this number so low?

As a country that is currently seeking to solidify itself as a global leader, a nation which prides itself on its “Open Carry” laws, and one whose citizens are always prepared to arm themselves against a deceitful oligarchy, one would think that this number would be far higher. Yes, while we lead the world in dog-related shootings, why aren’t these numbers so close to other countries?

The most recent shooting took place in Iowa. On November 9th, as reported by The New York Post, a German shorthaired pointer fired a shotgun and struck his owner in the back. While its owner, William Rancourt, survived because he was standing 22 yards and was only hit by bird pellets, this brings us to another valuable piece of information.

As the great gun safety debate rages on in this country, and while laws for the procurement of rifles remain steadfast, why isn’t the United States of America attempting to benefit from having its domesticated animals armed? Let’s put this into perspective. While the number of dog-related shootings is being recorded as significantly low, researchers believe that this statistic is actually higher in the U.S. due to said victims’ unwillingness to report their pet’s hidden affinity as marksmen. This means that currently, we are sitting on not only a surplus of dedicated law enforcement tools but also a major market to bolster our economy.

According to Congressional Research Service, Americans own nearly half (48%) of the 650 million civilian-owned guns worldwide. Couple this with the 43 million American households which own dogs and the apparent missed opportunity of arming our dogs for public safety becomes more and more of a necessity. Furthermore, growing partnerships between such industrial giants such as the NRA and Petco would only serve to create jobs, stimulate economic growth, and carve out more American-bred products.

America is not great, but we do have our guns and the freedom to be accidentally shot in the foot by our Labradoodle. Some would even call this one of this country’s “unpronounced rights” as a world power. One Senator (who agreed to be interviewed but refused to give his name) called the plan, “A new path for America as a whole.” When pressed further about how much a new gun law would expand if it were to include other domesticated animals, the anonymous Senator balked and responded, “Not cats. We’re not that stupid.” 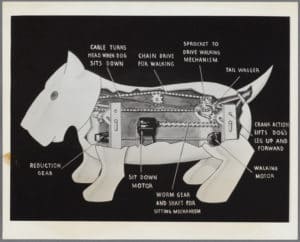 Alcy Leyva is a Bronx-born writer out of New York. His writing has been featured in The Rumpus, Entropy Mag, and Points in Case. His literary essays and reviews have been selected in The Millions and Fjords, with his most recent being translated into Italian. Alcy's first book, "And Then There Were Crows" is slated to be published by Black Spot Books during the summer of 2018.

View All by Alcy Leyva
https://alcyleyva.weebly.com/